Help our customers build their wealth.
This singular focus informs everything we do. 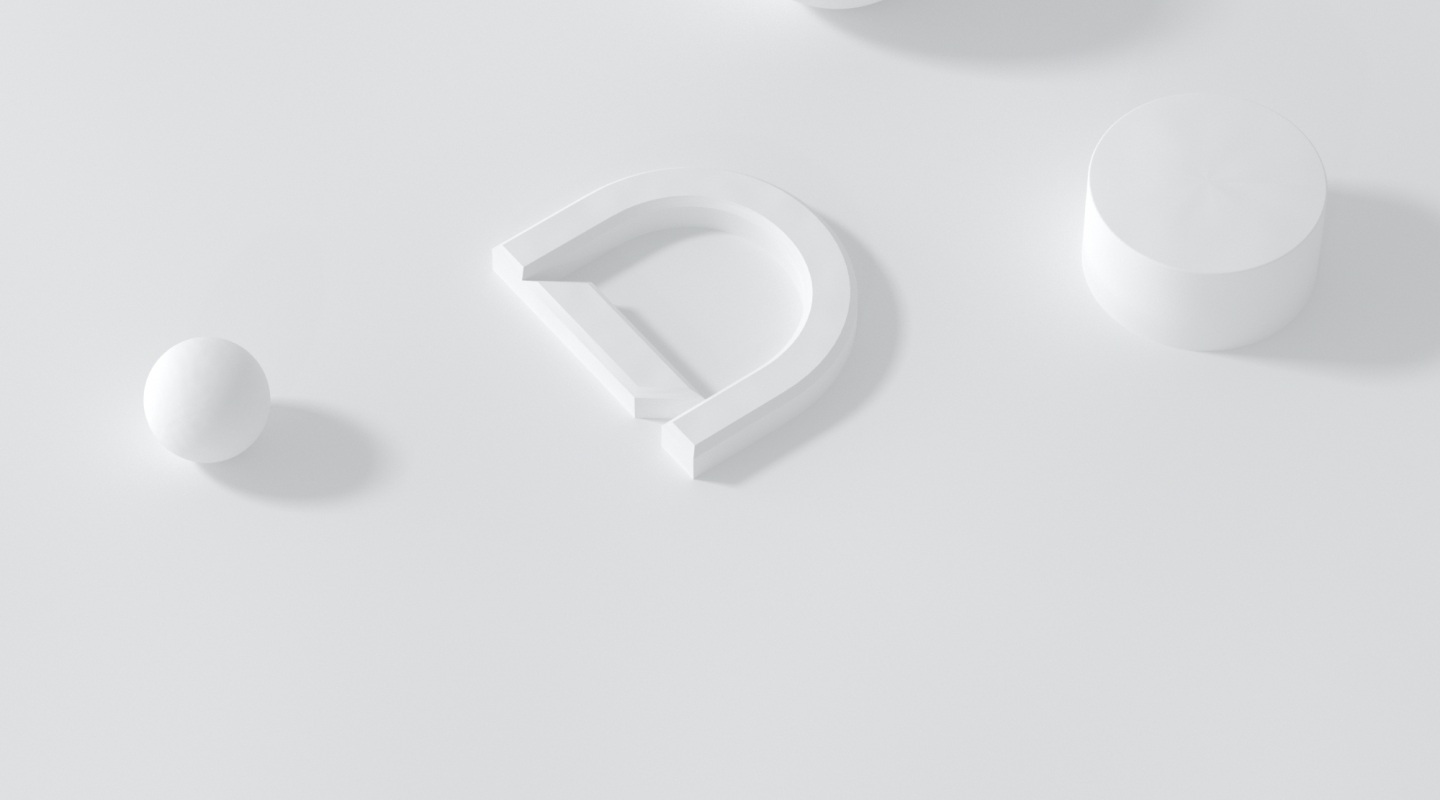 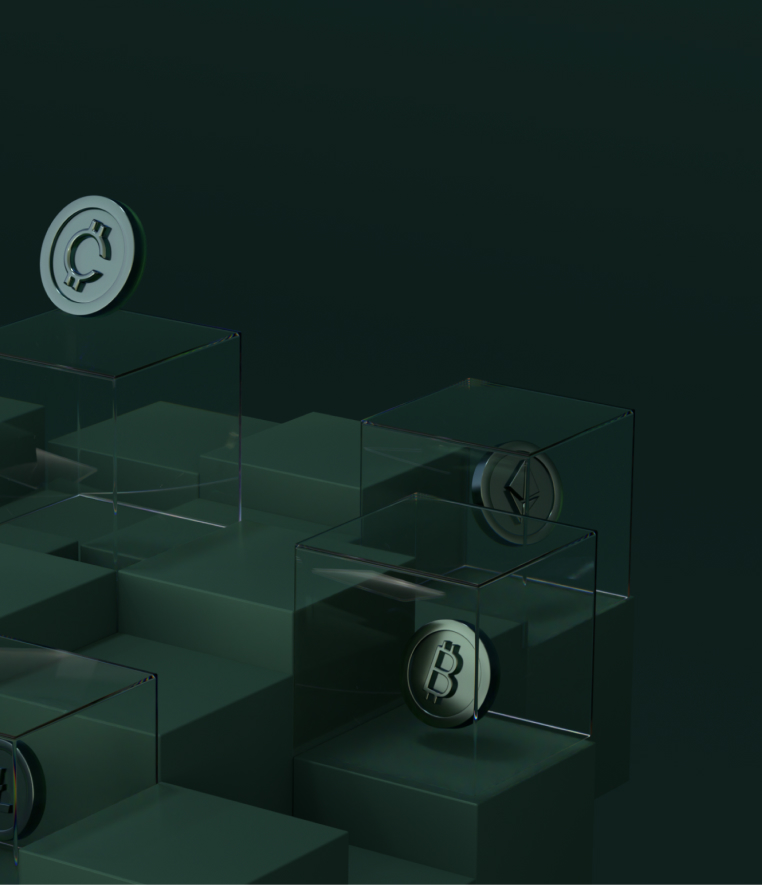 We are a team of industry experts, deeply versed in financial markets.

We built a beautiful stock and crypto investment platform to deliver serious control to our customers, making it easier to invest across asset classes. We provide highly useful investment tools, coupled with world-class security and live customer agents.

We are committed to education, transparency and building our customer’s wealth. We invite you to try Domain Money today.

Founder and CEO
Adam was most recently a partner at Goldman Sachs where he served as Head of Product at Marcus by Goldman Sachs. There he built foundational products like Marcus Invest, Marcus Checking and the market leading mobile application Marcus Insights. Prior to Goldman, Adam founded four companies, including Clarity Money, acquired by Goldman Sachs (GS); MessageOne, acquired by Dell (DELL), Buzzsaw, acquired by Autodesk (ADSK) and Civitas Learning, acquired by Francisco Partners. Adam served as an adjunct professor at both the Business School at Columbia University and the University of Texas School of Law. He holds a B.A. in Political Economy from Tulane University and a law degree from the University of Texas School of Law. He likes big ideas, long walks on the beach and spending time with his family.
View more

VP of Product
Sam is passionate about bringing to life best-in-class fintech products. Most recently, she served as Vice President of Product at Marcus by Goldman Sachs, where she built Marcus’ market leading mobile application, Marcus Insights. Prior to Goldman, Sam was a founding employee at Clarity Money, scaling the product to over three million users. Sam holds a B.A. in International Business from her homeland, Australia. When she’s not passionately diving into product, she enjoys spending time with her family.
View more

COO
Jon is a fintech aficionado with diverse experience across capital markets and entrepreneurship. He was most recently running the cryptocurrency business at SoFi, with prior experience as head of fixed income execution at Bridgewater Associates, COO of US Credit Trading at Morgan Stanley and cofounder of various fintech startups. He began his career trading structured products in emerging markets at MS, and was listed in Forbes 30 Under 30 for spearheading initiatives to improve bond market liquidity. Between gigs, Jon has spent time developing retail trading strategies and studying market psychology. Jon double majored in Computer Science & Finance at MIT and earned an MBA at Columbia. He lives in Westchester with his wife, 2 toddlers and black lab mix. In his free time, Jon enjoys playing chess, moving barbells and the sisyphean task of keeping up with crypto.
View more

Head of Frontend Platforms
Zeeshan started programming at the age of fifteen and never looked back; even if it meant a few visits to the chiropractor. Most recently, he was VP of Engineering at Goldman Sachs where he led and scaled the team that built Marcus’ market leading mobile application, serving millions of customers. Prior to Goldman, he led iOS engineering for Clarity Money and mcgarrybowen where he built apps for Intel and Chase. Zeeshan started mining and investing in cryptocurrency early on and believes that digital assets are yet to unlock their full potential. Aside from programming and jamming with talented individuals, he enjoys traveling and reading about life hacks.
View more

VP of Engineering
Matt is an engineering leader with over fifteen years of experience building scalable applications and software. Most recently, he was at Goldman Sachs where he ran the engineering discipline for the Marcus Digital Storefront team. Prior to Goldman, he co-founded Clarity Money, successfully building and scaling a platform for over three millions users. Matt has held various engineering positions at Commonbond and R/GA and received his B.S. from Syracuse University. In his free time he enjoys spending time with his wife and son, traveling and attempting to make his house “smarter”.
View more

Chief Compliance Officer and Chief Counsel
Alan is a veteran regulatory attorney and compliance professional. Recently, Alan was the CCO and Deputy General Counsel of Tagomi, a cryptocurrency trading platform that was acquired by Coinbase. At Coinbase he served as a senior manager on the compliance team. Alan has a wealth of leadership experience, having previously held legal and compliance leadership positions with BIDS Trading, Macquarie Capital and Instinet. Early in his career, Alan was a senior attorney with the U.S. Securities and Exchange Commission in the Division of Market Regulation (now the Division of Trading and Markets). In addition to his interest in financial regulation, Alan enjoys skiing and seeing live music.
View more

Head of Trading Operations
Adam is a finance leader and trading and markets expert with more than 25 years of experience building and leading multi-asset trading organizations. Most recently Adam was Head of Trading for Hondius Capital Management, a multi-asset macro hedge fund. Previously he spent 20 years at Cantor Fitzgerald, holding positions of Global Head of Trading, Global Co-Head of Equities and Head of International. Earlier in his career Adam led emerging markets trading at HSBC and was Head of Asian and Emerging Markets trading at Jefferies. Adam has served on the board of directors of The Security Traders Assn of NY and on the SIFMA Markets and Trading committee. He currently volunteers with InvestWright, a youth financial literacy program, and as an EMT with Waterbury(VT) Backcountry Rescue. In his spare time he enjoys mountain biking, skiing, snowboarding, playing with his dog, craft beer and live music.
View more

VP of Product Engineering
Yuri is a long-time veteran of the New York City fintech scene. He was one of the original engineers at Betterment and a founding engineer at Clarity Money. At Goldman Sachs he led large engineering efforts to stand up both the Marcus Invest and Marcus Checking initiatives. Yuri has a diverse background making systems that do everything from weather forecasting and motion capture to algorithmic music composition. Most recently, he was a Lead Engineer building next generation web infrastructure solutions at Amazon. While completing a Masters of Computer Science at New York University, he developed a love for all things Made in NYC. Yuri is an avid cryptocurrency trader and thinks what he’s building at Domain Money is going to solve many points of friction and frustration for millions of investors. Outside of work you can find him kiteboarding, skiing and playing music along the east coast.
View more

Head of Desktop
Specializing in scalable web application development, Stephen most recently served as VP, Technology at Goldman Sachs helping architect web based financial tools. Prior to GS he was Head of Web Development at Clarity Money and has also developed applications for Nike, AirBnB and Beats By Dre. Investing is a long standing passion of his, along with travel, all things music and a good sci-fi flick.
View more

VP of Customer Success
With over 10 years of customer support experience, Eli prides himself on always acting as the voice of the customer. Before joining Domain Money, he helped build out Customer Support Operations at Marcus. Prior to that, Eli founded the Customer Success teams at Clarity Money and BetterCloud. When he’s not working, you can find him spending time with his nieces and trying to explain what DeFi is to his family.
View more

Head of Design
Ray is a design leader with extensive experience, most recently serving as Head of Design for SNKRS at Nike. Before his time at Nike, he was Head of Design at both Marcus by Goldman Sachs and Clarity Money. In 2013, while working at R/GA, he won multiple awards for his Nike+ Fuelband project, which made him the most awarded art director in the industry. He has also worked with top brands including Google, Apple, Facebook, Playstation, Fortnite, Morgan Stanley, Samsung and Equinox. He has held positions as an adjunct professor at the Fashion Institute of Technology and the School of Visual Arts.
View more

Product Manager
Before joining Domain Money, Dagim worked at Goldman Sachs as a product manager, leading the launch of Marcus Invest. Previously, he worked as a product manager at Honest Dollar, acquired by Goldman Sachs. Dagim holds a B.A. in Finance and Information Technology Systems from Babson College. In addition to his passion for consumer investing, he has a strong interest in entrepreneurship. In 2015, he was awarded the 2015 EY Global Youth Entrepreneur of the Year.
View more

Head of Product Design
Sojin operates at the intersection of product and brand. She recently served as a Design Director at Work & Co for six years, where she launched products with companies like Google, IKEA, LG, Equinox, YouTube and Target. Her work has been recognized with awards from Cannes Lions, D&AD, Clios, Webbies and Lovies. Prior to Work & Co, Sojin was a senior designer at R/GA.
View more

Senior Software Engineer
Fatih joins Domain Money from Marcus by Goldman Sachs where he was a VP of iOS, leading the development of Personal Loans, Marcus Pay and Marcus Invest products. Throughout his nine-year career he has been mainly focusing on mobile development at various startups. He received his B.S in CS from Pace University. He’s always been a crypto fanatic and actively trading since 2016. In his free time you can find him fly fishing at the streams of Upstate New York, gardening in his backyard, herding his four cats or coding random things for fun.
View more

Head of Content Design
Sang is an experienced motion designer, having most recently worked at Work & Co as a Motion Design Lead focused on creating meaningful motion graphics to tell stories about brands for companies like Apple, Equinox, Etsy, Gatorade and LG. Sang holds a BFA in Graphic & Motion Design from School of Visual Arts, NY. In his spare time, he loves traveling with his family and dog and discovering good restaurants.
View more

Senior Product Designer
Yuan’s formal training and expertise are in product design. Most recently she worked at Facebook Reality Lab as a Senior Product Designer. In 2018, she joined Clarity Money and later joined Marcus by Goldman Sachs, where she worked on mobile investing solutions. Prior to that, she was a visual UX designer at Blizzard Entertainment.
View more

Software Engineer
Prior to Domain Money, Logan was a Vice President in Consumer Wealth Engineering at Marcus by Goldman Sachs. He is responsible for creating the first-ever cloud (AWS) native product within that division. Before Goldman, Logan was an engineer at Clarity Money and CommonBond. He graduated from Washington University in St. Louis with a degree in Applied Mathematics and Computer Science. In his free time, Logan enjoys working out, investing in cryptocurrencies, surfing and drinking too much coffee.
View more

Software Engineer
Velibor is a Software Engineer who has enjoyed coding for over ten years. His previous positions include Software Engineer at Microsoft and Android Developer at Clarity Money. Velibor has a Bachelor’s Degree in Software Engineering from Belgrade Metropolitan University. Besides coding, Velibor enjoys skiing, riding a motorcycle, traveling and is always up for a good medium-rare steak.
View more

Software Engineer
Alex is a software engineer specializing in cloud infrastructure and security. Prior to Domain Money, he was a DevOps engineer at Commonbond. Alex has a bachelor's Degree in Computer Science from the University of Wisconsin, Madison. In his free time, he enjoys hiking and spending time with family.
View more